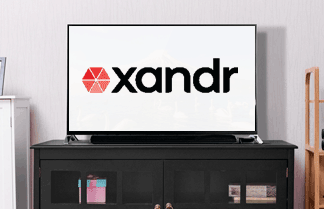 Coming to a DIRECTV and AT&T TV Now near you, when you pause a video, you’ll now possibly be delivered an ad. According to AT&Ts ad division, Xandr, and confirmed by our tests, the ads are usually motion (non-static), though they thankfully don’t have any sound. Hulu’s experimented with and launched a similar setup but their ads are just static images. So, AT&T’s ads are just a bit more annoying but the good news is they won’t ruin the mood completely — they trigger 30 sec after you hit the pause button and only take up a portion of the screen.

Can you remove the Pause Ads?

Currently, no. This appears to be an unfortunate shift in the industry. And as we’ve seen with other revenue-producing experiments in the past, other providers are likely to try it out as well and gauge the customer pushback vs profit. We’ll see if the ads stick around long-term on DIRECTV – early feedback from folks we’ve spoken to ranges from indifference to frustration. As long as they don’t evolve into sound-enabled ads, most will probably just live with it, especially NFL Sunday Ticket fans. Hulu, who launched their version of pause ads before DIRECTV, only shows them if you’re on their basic pay plan (subscribers with higher tier plans don’t see ’em). So, down the line, this may be a route for AT&T to consider as well.

With regard to AT&T Now, pause ads will launch there as well. Since it’s a streaming service and month-to-month, it somehow doesn’t seem as unnatural… either way, just as with DIRECTV (and anywhere online these days), the ads should be somewhat customized to your interests, so at least there’s that.

We’ve also been asked if an ad blocker type technology exists for satellite TV. Short answer, no. You’re navigating via a proprietary program guide that’s not open source, so third party apps like Adblock won’t work, even on smart TVs. However, if you have AT&T TV Now and are using its login to access popular content (ESPN, HBO, etc) on OTHER apps/platforms, AT&T TV’s pause ads no longer apply there.

No, and we haven’t heard rumors of it either. Of course, peer pressure is a thing so it’s always possible but as a general rule, DISH doesn’t tinker with many things that hinder user experience. They also own Sling TV, so if anything, small scale tests may roll out there. We’ll post an update here if an announcement is made.

On a side note, there’s been plenty of rumors floating around about a DISH buyout of DIRECTV. If that ever did happen (coin flip at this point), chances are those folks would be migrated to the DISH Hopper or at least to DISH’s ad network, effectively ending pause ads for DIRECTV subscribers. Either way, yeah, pause ads can be annoying and while it’s a shift in the industry as a whole, my gut tells me they’ll eventually be nixed for folks on long-term contacts (> 1 year) and/or paying north of $50/mo. Doesn’t make much sense to even potentially irritate your most loyal and long-standing customers.